Why men abuse women and what makes them stop:

Four decades after domestic violence first became a public issue our courts still don’t understand the causes and effective responses to domestic violence. Attempting to resolve DV cases without fundamental DV knowledge is like sending children to unregulated daycare; we keep seeing avoidable tragedies in which children are abused and some die.

When domestic violence (DV) first became a public issue there was no research available. Courts developed their initial responses based on popular assumptions that DV was caused by substance abuse, mental illness and the actions of the victims. This led courts to turn to mental health professionals for advice as if they were the experts about domestic violence. In fairness, this mistake was made in good faith, but was never corrected after research demonstrated the initial assumptions were wrong.

Myths about the Cause of Domestic Violence Still Prevalent

The Women’s Christian Temperance Movement advocated for prohibition at least in part because they believed excessive drinking caused husbands to viciously assault their wives. There was a logical basis for this assumption. Many men came home drunk and assaulted their wives. Alcohol does reduce inhibitions so an abusive man under the influence would assault his wife more severely than if he was sober Accordingly his drunken assaults were much more memorable.

We have since learned that people do not engage in behavior that they would not consider when sober even if they are under the influence of drugs or alcohol. This is why non-abusive men do not assault their partners even if they had too much to drink. The men who assault their partners while under the influence engage in a pattern of coercive and controlling behavior while sober and believe they have a right to control their partners. In other words substance abuse just makes their abuse worse.

MYTH: People with anger management problems cannot control their anger towards anyone. They are liable to mistreat their boss, a waitress, a bank teller or a delivery person. Abusive men tend to only assault and abuse their partners and sometimes their children. In other words their abuse is based on their male entitlement and belief they have the privilege to control their intimate partners.

I often illustrate the issue of anger management with an example about a man who is mistreated and disrespected by his boss. He doesn’t assault or verbally attack his boss because he knows there would be serious consequences. Still, angry, he is stopped for speeding on his way home from work. He doesn’t think he deserves a ticket, but again controls his anger because he knows what happens if he attacks the police officer. And then he goes home and assaults his partner.

The men in batterer classes often have suggested this is an unfair example because they have no emotional attachment to their boss or police officer. Imagine if they go from work to meet their partner at a party. When she does something he defines as improper he doesn’t assault her at the party where there would be witnesses and consequences. Instead he assaults her in the privacy of their home because he has good reason to believe there will be no consequences to him. In each case the abuser was fully capable of controlling his anger if it was to his advantage.

The criminal justice system often uses leniency as a response to first time offenders. This can work well in other types of crimes but is completely misdirected in DV cases. Domestic violence is the most underreported crime so the first time an abuser comes to the attention of the criminal justice system is unlikely to be the first time he committed a crime, much less engaged in other domestic violence tactics. This may be the only chance the court system has to change the dynamics.

Most abusers tell their victims that if they report his crimes no one will believe them or they have some way to avoid punishment. When the court system fails to take any effective action it confirms everything he said. She took a risk in reporting his crime and may be punished for doing so. The court failure to create meaningful consequences tells her that they won’t help her. She will never make the mistake of seeking help again.

But the criminal justice system measures its “success” by repeat arrests. So the court believes they did the right thing while the victim suffers in silence and he can tell custody courts and criminal courts he never abused anyone.

The Only Proven Response to Domestic Violence

This means there is no fair comparison to offenders assigned to a batterer program, other programs or no consequences. The problem is further compounded by the fact that DV is the most underreported crime, but recidivism is the usual measure of success.

The Center for Court Innovation sought to deal with the random sampling problem by convincing judges in a study to assign the offenders randomly to responses like the batterer program, probation or community service. The important findings are that only accountability and monitoring are useful in changing abusers’ behavior. This finding is supported by real life examples where communities that used practices based on accountability and monitoring saw a dramatic reduction in domestic violence crime and especially murders.

Ignorance of DV 101 Has Consequences

The research is clear. Anyone can benefit from therapy or from stopping their substance abuse. People who truly cannot control their anger can benefit from anger management programs. Batterer programs can provide courts with an additional consequence to use for domestic violence offenders.

Courts need to understand, however that just completing any of these programs does not make an abuser safe. Treating these programs as if it cures the abuser endangers his partner and the community. Mental illness, substance abuse and anger are issues separate from domestic violence. Nevertheless many courts routinely treat these separate issues as if they solve the domestic violence problem.

Batterer programs were created, not based on scientific research, but simply because it seemed like society needed some response to domestic violence. The problem is that it is a simple solution to a complex problem. In the Duluth Model, their batterer program was supposed to be a small part of a much wider community response.

Men and boys receive misinformation from many sources in the community that encourage the mistreatment of women. Our sad history of tolerating husbands’ abuse of their wives supports this misinformation. Communities will have to change fundamental beliefs, practices and values in order to prevent domestic violence.

Best practices that included strict enforcement of criminal laws, protective orders and probation rules; practices designed to make it easier for victims to leave; and a coordinated community response. These best practices led to a dramatic reduction in domestic violence crime and especially murder.

The ACE (Adverse Childhood Experiences) Research that demonstrates children exposed to DV and other abuse will live shorter and less healthy lives should cause public officials to reconsider our lax response to domestic violence. The United States spends more than one trillion dollars every year to allow men to abuse women. It is like a hidden tax that none of our legislators voted on. Perhaps when this economic cost is better known it will create the incentive needed for the necessary reforms.

Criminal courts need to impose meaningful sanctions for domestic violence and create findings so that the abusers cannot later deny their crimes. When courts allow men to engage in therapy, anger management or substance abuse treatment as a substitute for accountability the courts throw away their one chance to break the cycle of abuse.

Undeserved leniency is similarly ineffective and supports the message that society does not take domestic violence seriously. These dangerous decisions also show that the judges and professionals they rely on are unfamiliar with research every judge should have. It makes no sense to rely on ineffective responses when only accountability and monitoring have been proven to change abusers’ behavior.

Unlike criminal courts, family courts are not designed to punish bad behavior. It often feels like only mothers trying to protect their children are punished for doing what parents are supposed to do. Judges rarely consider that in punishing the mother they are also punishing and harming the children.

In one upstate New York custody case the court recognized the father’s long history of abuse and limited him to supervised visitation. The community does not have a supervised visitation program so incredibly the burden of finding appropriate supervision was placed on the victim. The abuser has been supervised by friends and relatives who often fall asleep or leave him alone with the children. Complaints by the children of assaults and mistreatment during supervised visits have been blamed on the mother.

The mother has been threatened with punishment when she can’t find appropriate supervisors even after the father’s aggressive behavior made it hard to keep supervisors. The director of a batterer program that doesn’t rely on accountability models claims the abuser has changed. The court appears unaware that it is unethical for a batterer program to claim an abuser is safe.

The fact an abuser can act appropriately in public, as most abusers do, tells us nothing about how he acts in private. Although the abuser has continued to blame the victim for everything and appears to be stalking her and creating false complaints to child protective and others, the courts seems to be considering treating the abuser as if he is safe.

Court officials who are responsible for the health and safety of children must understand that domestic violence is not caused by mental illness, substance abuse, anger issues or the actions of the victim. It is possible for an abuser to change, but it rarely happens out of the blue. It usually requires accountability and monitoring. At a minimum, an abuser who is changing his behavior would recognize he is solely responsible for the harm he has caused; he will be committed to never abuse anyone again; and will understand that if he ever abuses someone he will lose the relationship with his children.

Children do benefit when they can have both parents in their lives. They will be harmed if they lose their relationship with their father. The problem is that the harm of having a relationship with an abuser is far greater than the harm of having no relationship. ACE tells us that living with the fear and stress abusers cause significantly shortens children’s lives and leads to a lifetime of health and social problems. It is a choice no judge with knowledge of the ACE Research would make. The only good solution is for the abuser to sincerely change his behavior. Pretending to change is just a continuation of his manipulation. 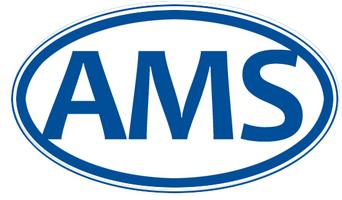