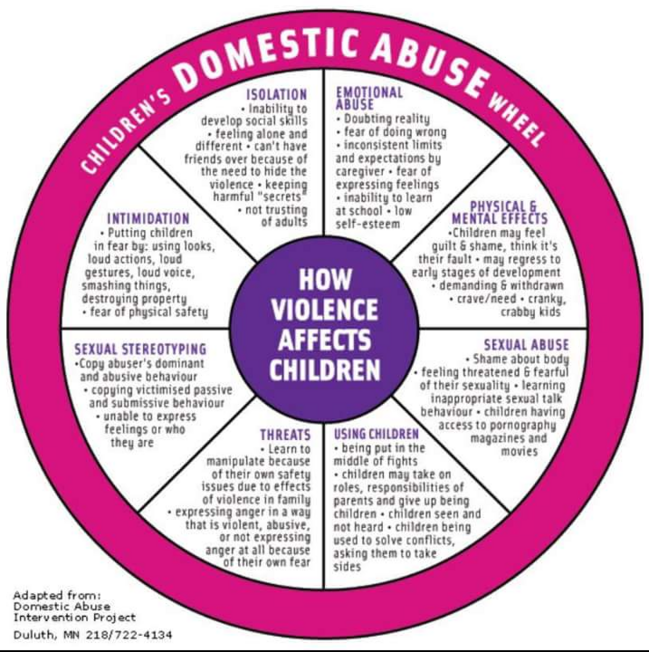 Starting with the ACEs (Adverse Childhood Experiences) study in 1998 medical researchers have established the enormous and long term harm to children from being exposed to traumatic events such as witnessing domestic violence and direct physical or sexual abuse.

The research establishes that there is a cumulative adversity so that the more exposure a child suffers the greater the chance of serious medical consequences and the more serious those consequences are likely to be. There is now a substantial body of medical research that establishes not only the enormous harm to children, but the many mechanisms that result in increased illnesses and injuries during their childhood and for the rest of their lives. ​

When court or other professionals fail to take sensible actions to safeguard children, or give more consideration to less important factors they are literally reducing the life expectancy of these children. There is now a substantial body of medical research that establishes the enormous risk to children of exposing them to domestic violence. The research demonstrates that these children have significant, increased risk of illnesses and injuries as children and need more medical care. Significantly, these medical problems do not end when children reach their majority but continue for the rest of their lives. They will have far more medical needs and relationship issues as adults and their life expectancy is reduced. I believe that custody courts cannot continue to tolerate practices that result in children losing precious years from their lives. This research requires fundamental reforms or else the courts cannot be acting in the best interests of children.

One of the leading experts about the medical consequences of childhood trauma is Kathleen Kendall-Tackett. The second edition of her book, Treating the Lifetime Health Effects of Childhood Victimization, was recently published. This is a book by and for medical professionals that is designed to help them treat a variety of conditions in adult patients that were caused or exacerbated by traumas suffered as children. The research and the writing were not designed to respond to custody court issues, but the information should be required for any court that wishes to act in the best interests of children.

The long-term harm of exposure to domestic violence or direct physical or sexual abuse can and does develop in a myriad of ways. A child could develop immediate and obvious symptoms or the harm can go unnoticed for many years. The author encourages doctors to ask about childhood trauma because so many different ailments can have their genesis with childhood trauma. This is especially problematic because patients are rarely thinking about events from decades earlier as the cause of their health problems.

There are many ways in which childhood trauma can seriously impact health now and in the future.  Quite naturally, exposure to domestic violence often interferes with the child’s ability to enjoy the quality and quantity of sleep needed. This and several other common responses to abuse can lead to obesity with increased risk of heart disease, cancer, diabetes and other medical problems. The author suggested that programs and campaigns designed to prevent obesity ought to include efforts to make sure children get their needed sleep and avoid exposure to domestic violence and child abuse. Indeed these experiences often lead to eating disorders.

Many diseases including heart disease, asthma and diabetes are caused or exacerbated by stress. One of the major reasons researchers found that we spend $750 billion per year on health costs related to domestic violence is because excessive stress is so inimical to good health. Domestic violence is especially harmful because there is the constant danger that the abuser will threaten or hurt his partner. Accordingly the stress is repetitive. This harm is especially severe for children whose various systems are still developing.

As discussed earlier, witnessing domestic violence strongly encourages substance abuse. The use of illegal drugs, tobacco and excessive use of alcohol, especially by children also creates a wide range of long-term medical problems. Many of the factors I am discussing interact with each other to reinforce the most negative impacts.

Exposure to childhood trauma also increases the risk of depression. This in turn can cause behaviors that further undermine the child’s health. Depression can discourage proper self-care, negatively impact the immune system and other bodily defenses and is a major factor in suicide. Significantly, separating children from their primary attachment figure as custody courts frequently do in domestic violence cases also causes depression. I mentioned before that cumulative adversity magnifies the risk so that it is particularly devastating to children who have witnessed domestic violence or been directly abused to be denied a normal relationship with their primary parent.

Childhood trauma is also associated with risky sexual behavior. This is another example of how witnessing domestic violence leads to many behaviors that cause still more health risks. Risky sexual behavior can lead to sexually transmitted diseases including HIV and cause survivors to interact with dangerous individuals. It can also encourage the use of dangerous drugs.

For children to witness their father or another man abusing their mother, they would tend to be fearful and angry, but often it is unsafe for them to express their anger particularly to the abuser. This can cause them to express their anger in other ways that can undermine their health and safety. This can result in both physical and mental illnesses or cause them to get into fights where someone else hurts them. The childhood trauma also can lead to shame and self-blame that can be harmful to their health. Significantly, low self-esteem can also be caused by denying children normal contact with their primary attachment figure so that many common custody court approaches serve to multiply the harm caused by domestic violence.

In many ways, domestic violence leads to poverty and this undermines the health of victims. Education is important in order to improve one’s economic status. Children who witness domestic violence and often miss needed sleep both because of frightening incidents at night and the fear which makes it hard to sleep at other times. This makes it difficult for children to get their work done in school. They may also act out because of their anger. Economic abuse is an often overlooked part of domestic violence tactics so that mothers seeking to leave their abusers often lose income and family resources. In many cases the bias favoring abusive fathers forces mothers to trade support for custody. Small wonder at least half of the homeless population consists of mothers and children who left abusers. Many children also leave home because of domestic violence, physical or sexual abuse. Victims with limited financial resources often can’t afford safe housing, healthy food and needed medical care. All of this contributes to medical problems facing children impacted by domestic violence.

Many victims of childhood trauma suffer from unexplained or inadequately explained conditions. Many are labeled as hypochondriacs which may say more about the failure of the medical community to find the cause than the complaints of the victims. These experiences are painful in many ways both physically and emotionally and can prove debilitating. Living with pain undermines other parts of a person’s life and interferes with their ability to reach their potential.

Just as any adverse experiences a child has are cumulative so that combined they are much more harmful, the same is true of the many medical consequences caused by domestic violence and child abuse. The various conditions which are just some of the problems faced by children impacted by domestic violence come together to magnify the harm done to children. This research ought to make clear that we must stop minimizing the significance of these childhood traumas. 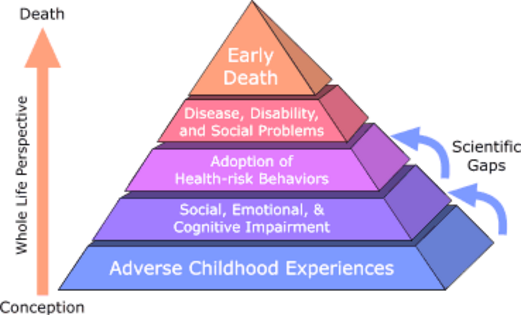